Since 2000, Romain Claris has been directing short films, selected and awarded by a hundred international film festivals.

His last three short films made in 2022 are currently in the festival circuit.
"Black hole" is awarded Best experimental Art Film at the « Pure Magic International Film Festival » in Amsterdam. The short art film is made for "On the rocks" the upcoming Nicolas Claris & Romain Claris photography and video exhibition.
His short film "La danse" won the Best Art Film Award at the Athens International Monthly Art Film Festival and the Venus Community Award in Turquey.
"White Bear in Hippo Land" was awarded Best Animation Film at the Roma Short Film Festival.

He graduated from the Conservatoire Libre du Cinéma Français in 2005.
He then became head of the video department of the advertising agency Claris Image Builder and produced more than 500 films since 2006.

In 2020, he co-founded and directed the Bordeaux Shorts Biennale. The second edition took place October 21 2022 at Cinema Utopia Bordeaux. 24 short films from 14 countries were screened.

He also signed several photography and video exhibitions with the photographer Nicolas Claris, including "Bangladesh" in 2013, "Rouge"" in 2017, "Noirs" in 2018, "Un peu de rouge, pourtant" in 2020.
Their next exhibition "Un ciel dans une fleur sauvage" will be shocased by the Galerie des Art'Gentiers from Friday January 20th to Saturday March 11th 2023.
Their exhibition "On the rocks" will be unveiled at the International Multihull Show from April 12 to 16, 2023.

He give classes several times as a professor in the context of educational film projects, in 2013 at the Lycée de Pauillac. In 2019 and again in 2022 at the Lycée Victor Louis in Talence.

In development: "Les comptes de la lune", the 15-minute creative documentary offers another history of the invention of numbers and calculation. 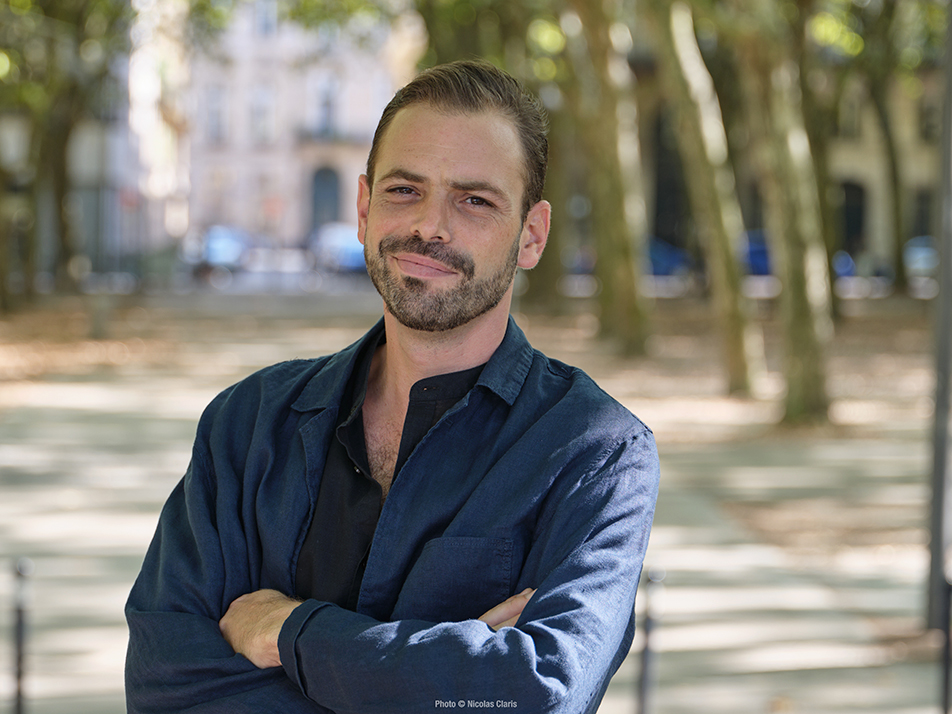 After a trip to Niger in 1995 where he attended the shooting of the feature film "Imûhar" in the middle of the Sahara, Romain Claris worked for several years in black and white and colour photography.

He bought his first camera by selling his collections of poems at the Bordeaux train station. He then began directing very short films in 2000 with "Infini" written and shot in Spain and "Real Trip" directed in New York in 2001.
He worked as cameraman on "Lisbon Project" by Irish artist James Coleman, produced by Les Films d'Ici in 2004.

Graduated with honours in 2005 from the Conservatoire Libre du Cinéma Français at Paris, he then joined the communication and advertising agency Claris Image Builder in Bordeaux as head of the video department and is responsible for the production of around 500 films for the luxury industry: yachting, vineyards, architecture, culinary... including signature films such as Air Mer Bateaux Terre for CNB Yacht Builders.

In parallel to his agency work, he continues to make personal short films selected and awarded at international film festivals.
In 2007 his minute film "Two" won the Special Mention at the Lille Minute Film Festival.
His two films "Life Choice" and "Le temps mange la voix et les mots" were selected by the cultural program of the 2008 Beijing Olympic Games to be part of the French selection for the World One Minute.
His film-poem "Painting with the dragonfly " written and directed in the USA was selected by the Cinérail Festival in Paris in 2009.
In 2011, the short film " La robe" was awarded Best Experimental Film at the Disturb Awards in Paris.

He also directs several documentary portraits of creators: Bernard Varvat, marble sculptor in 2005, "Gilles Jonemann", jewel and object designer in 2009.
In 2011, the artistic director of the international dance troupe "United Dance Company", Alexandre Hoffmann, gave him a carte blanche: the production of a 45-minute documentary on the company's life.
In 2013 he directed a short documentary film for the presentation of the new collection of fashion designer Tomas Bagackas at the Lithuanian Embassy of Paris.

For its 9th edition, the international film festival Pêcheur du Monde has entrusted him with the presidency of the professional jury in 2017.

In 2018, his film minute "Les cousins des nuages" shot with a mobile phone was selected by about fifty international festivals and won five prizes, including that for best philosophy in animation at the Avalonia Festival in the USA.

He co-directed with Jacques Dubuisson in 2018 the medium-length film "Voici que la nuit", a very free adaptation on Yasunari Kawabata's novel "Sleeping beauties", selected at the Forum Experimental in Los Angeles and in Belgium at the Verbeke Foundation at the Wunderground Film Festival and received the Award for the best experimental medium-length film at the Five Continent International Film Festival.

In 2019, the NGO Watever initiated "Un trésor à la carte": a private sale, by auction, to the Lafayette Anticipation Foundation, the profits of which are donated to the sea rescue actors. Romain Claris participates by directing the very short film "Ici commence".
The film is then selected in Madrid by the EuropeNow festival and in Bilbao at the Bideodromo International Experimental Film Festival.

Directed in 2019, "L'eau de la terre" is a tale that offers several levels of reading with its metaphors and allegories. Freely inspired by some thirty paintings by great masters of painting such as Qi Baishi, Gao Xingjian, Shoda Koho, or Katsushika Hokusai, Chloé Guêze paints this tale of Oceania which tells the story of an ordinary little frog who wanted to become extraordinary.
L'eau de la terre is awarded Best Animation Short Film at the Varese International Short Film, as well as Best Screenplay Award at the Picasso Einstein Buddha International Film Festival.

The international film festival producer Jonathan Zsofi entrusted Romain Claris in 2020 with the creation and direction of Bordeaux Shorts Biennale the International Festival of 1 Minute films and Short Films of Bordeaux.
The festival offers a panel of short films from all over the world. From 1 minute, very short films of 1 to 4 minutes and short films of 4 to 15 minutes in the following genres: Fiction, Animation, Documentary, Experimental.
The second edition took place on October 21, 2022 at the Utopia cinema. 24 films from 14 countries were screened to the public.

He also signed several photography and video exhibitions with the photographer Nicolas Claris, including "Bangladesh"" in 2013, "Trois châteaux en hiver" in 2014, "Bateaux, Châteaux, Gâteaux" in 2016, "Rouge"" in 2017, "Noirs"" in 2018, "Un peu de rouge, pourtant" in 2020.
Their next exhibition Un ciel dans une fleur sauvage will be shocased by the Galerie des Art'Gentiersfrom Friday January 20th to Saturday March 11th 2023.
Their exhibition On the rocks will be unveiled at the International Multihull Show from April 12 to 16, 2023.