For several months a text written for an oratorio project has remained etched in my memory. A text by Jacques Dubuisson in several acts that deals with the migration of Man. One of his acts revolves around the run of a man who lives the fall of a missile, the end of a world. "Here was, here is no longer."
For several months, a nautical chart chosen to participate in the project "Un trésor à la carte" works of art for the benefit of the solidarity of the rescuer at sea, has remained before me. A nautical chart, with yellow for the land of blue for the sea. The Sea with its lines of probes and its indications for navigation. And the Earth with its shores so sharp with its ports. "Here ends your run"
An oratorio, a nautical chart: a short film. A crossing, of the Sea between the Lands, a crossing between the horror and the beginning of the hope. Here begins ...

The NGO Watever has brought back 60 nautical charts from Bangladesh, entrusted to as many artists as creative media. All of these original works will be the subject of a private sale by auction on March 26, 2019. The profits will be entirely donated to the actors of the sea rescue SOS Mediterranean and the rescuers at sea SNSM 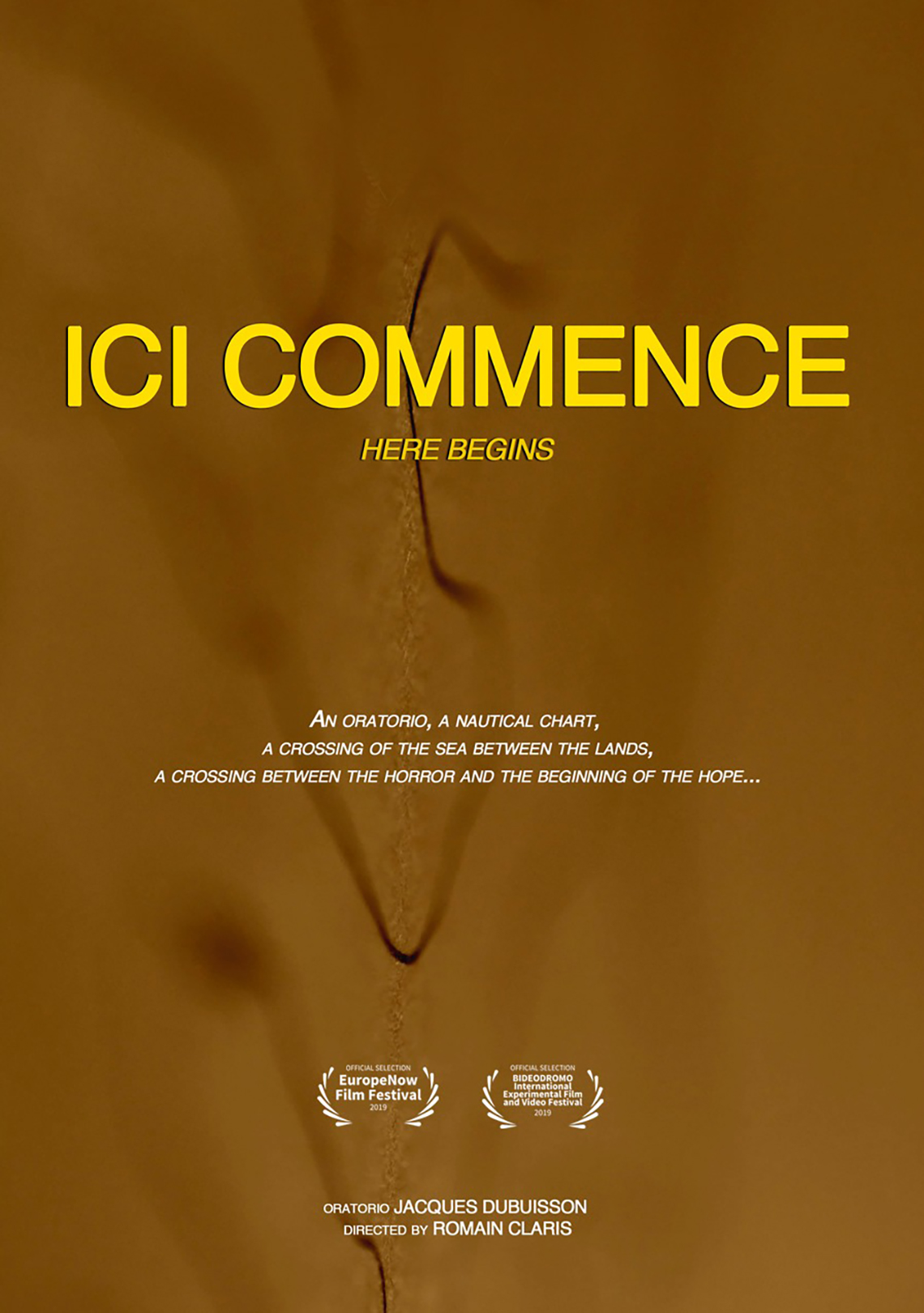